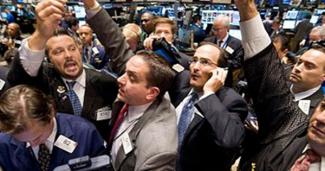 It’s truly an amazing paradox. According to the Thomson Reuters Lipper second-quarter 2018 snapshot of U.S. mutual funds and exchange-traded products, active funds of all kinds, including money market funds, manage about $16.4 trillion.

That’s more than 2 1/2 times the $6 trillion managed by passive funds and ETFs. That’s also despite the overwhelming evidence that active management is a loser’s game (one that’s possible to win, but with odds of doing so that are so poor, the winning strategy is not to play).

Making matters worse, as my co-author Andrew Berkin and I explain in our book, “The Incredible Shrinking Alpha,” it’s becoming persistently more of a loser’s game as time marches on, because:

The result has been that, over the past two decades (also the period since my first book was published), research shows the percentage of active funds generating statistically significant alpha has dropped from about 20% to about 2%. That’s even before considering the impact of taxes for taxable investors. What’s more, nothing seems likely to cause that trend to change.

Is there another industry with failure rates in the 90%+ range that survives to the extent active management does?

Consider the following results from the year-end 2017 U.S. SPIVA report. Over the latest 15-year horizon, 92% of active large-cap managers, 95% of active midcap managers and 96% of active small-cap managers failed to outperform on a relative basis, reflecting performance data calculated with the results of closed funds included.

Again, those figures are even before considering the fact that the largest expense for the typical actively managed fund is taxes.

In addition, the percentage of active managers that outperform is negatively correlated with the time horizon—the longer the horizon, the fewer winners there tend to be. Thus, if the SPIVA report published data going back 20 years, we would see even worse results.

Charles Ellis, founder of investment consulting firm Greenwich Associates, and the author of “Winning the Loser’s Game,” offered the following analogy in a recent CNBC article. Quoting the article: “Imagine you sent 100 bombers on a mission. Fifty crashed, and 50 dropped their payloads and returned. What if you looked at the 50 that returned, called the mission successful and then wrote a report that never mentioned the 50 lost planes?”

Yet the article notes in continuing Ellis’ analogy, that’s “essentially what many mutual funds and investment data providers do when they report the performance of actively managed mutual funds and ETFs.”

Ellis adds: “You’ve got millions of people using (active management) for their retirement savings…. But people aren’t making money. It’s all about sales for the fund companies.”

Here is some more data that is likely to shock the average investor in actively managed funds. The CNBC article reports that, according to the mutual fund industry group Investment Company Institute, in just the past three years, 2,229 mutual funds and ETFs have closed. You can be sure they weren’t shuttered due to good performance.

Fortunately, investors are taking greater notice of the evidence. Continuing a trend that has been going on for years, in the second quarter of 2018, actively managed funds, excluding money market funds, posted net inflows of just $31 million, while their passively managed counterparts took in nearly $77 billion.

While passive investors need the price discovery activities of active investors to keep prices efficient, I believe we don’t need anywhere near as many active funds as we have today. Twenty years ago, when, as I previously mentioned, about 20% of active funds were outperforming on a statistically significant basis (pretax, and much less after tax), there were less than 5,800 funds, of which 5,525 were mutual funds.

And while today’s markets are more efficient than they were 60 years ago, markets were still highly efficient, with the majority of active funds underperforming. Back then, there were only about 100 mutual funds. That’s one-half of 1% of the total we have today. In other words, most of the active industry is a dead man walking.

Here’s what Nobel prize-winning economist Paul Samuelson had to say on the subject 44 years ago: “A respect for evidence compels me to incline toward the hypothesis that most portfolio decision makers should go out of business—take up plumbing, teach Greek, or help produce the annual GNP by serving as corporate executives. Even if this advice to drop dead is good advice, it obviously is not counsel that will be eagerly followed.”

If you are interested in learning more about why so many investors stick with active strategies despite their failures, I recently reviewed some research addressing this subject.

Larry Swedroe is director of research for the BAM ALLIANCE.