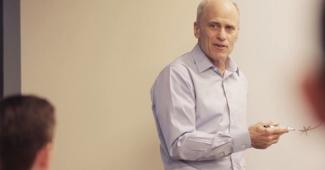 A Second Quarter Review of 2019 'Sure Things'

At the start of 2019, I compiled a list of predictions that so-called financial gurus had made for the upcoming year, along with some items I heard frequently from investors, for a consensus on the year’s “sure things.” The turn of the calendar means it is now time for our second quarter review. As is my practice, I will give a score of +1 for a forecast that came true, a score of -1 for one that was wrong, and a 0 for one that was basically a tie.

Here is how we stand with respect to the eight sure things I am tracking:

1. U.S. economic growth would continue strong, slowing just slightly from about 3% to 2.7%. The U.S. economy grew by an annualized 3.1% in the first quarter of 2019. And the Philadelphia Federal Reserve’s Second Quarter Survey of Professional Forecasters, released on May 10, 2019, now projects second quarter GNP growth of just 1.9% and full year growth of just 2.6%. We’ll score this +1.

2. Corporate profit growth would continue to be strong, with Morgan Stanley predicting S&P 500 companies’ earnings would reach a cumulative $178 a share, an increase of about 8%. The latest (June 24th) consensus analysts’ estimates for S&P 500 operating earnings per share have been lowered to about $166. Score: -1.

3. The U.S. stock market would have a strong year. Bloomberg gathered 14 forecasts for 2019 from the firms it tracks, and the average prediction was for the S&P 500 Index to rise to 3,056 by year-end. Fueling the strong forecast was that, based on forecasted earnings, valuations had fallen to the cheapest levels since 2006—the forward-looking price-to-earnings ratio is only about 15. Mike Wilson at Morgan Stanley was the least bullish, with a target at 2,750. The S&P 500 Index closed the second quarter at 2,942, and the SPDR® S&P 500 ETF (SPY) provided a total return of more than 18%. Score: +1.

4. With economic growth moderating, inflation would remain tame. The consensus forecast of professional economists was for the CPI to increase by just 2.3%. The market certainly agreed, as the spread between 10-year TIPS and 10-year nominal Treasury bonds was only about 1.9 percentage points. The first five months of 2019 produced increases of 0.0%, 0.2%, 0.4%, 0.3% and 0.1%, respectively, or an average of 0.2% per month, right in line with the full year forecast. Score: +1.

5. The fifth sure thing was that, with slowing economic growth and tame inflation, it would be safe to extend maturities. Futures markets showed a 91 percent probability of no rate increases in 2019 by the Federal Reserve. Thus, longer-term bonds would outperform. In the first half, Vanguard’s Long-Term Treasury Index ETF (VGLT) returned 10.5 percent, outperforming Schwab’s Intermediate-Term U.S. Treasury ETF (SCHR), which returned 4.9 percent, and Schwab’s Short-Term U.S. Treasury ETF (SCHO), which returned 2.4 percent. Score: +1.

6. With the Federal Reserve lowering expectations for further rate increases (the market then expected only one rate increase in 2019) and the European Central Bank beginning to unwind its easy monetary policy (having ended its bond-buying program and expected to begin to raise interest rates in the second half of 2019), the dollar would weaken versus the euro. The U.S. Dollar Index (DXY) closed 2018 at 96.2 and was virtually unchanged at the end of June at 96.13. Score: -1.

7. Concerns over massive budget deficits combined with the weaker outlook for the dollar would lead to gold putting in a strong performance. Gold closed 2018 at $1,282. It finished the first half at $1409, an increase of about 10%. Score +1.

8. With continued uncertainty over the risk of a trade war, the problem of Brexit, and the standoff between the European Central Bank and the Italian government over the Italian budget deficit (among other geopolitical problems), volatility would remain high. The VIX ended 2018 at 25.42 and finished the second quarter at just 15.8. Score: -1.

Our second quarter 2019 score comes to five winners and three losers, a net score of +2. I’ll report back at the end of the third quarter.

Here’s the historical evidence on my list of sure things: