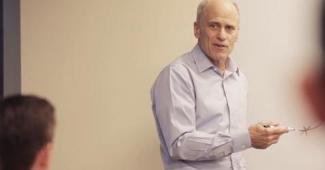 Yet More Investing Lessons From 2018: Part 3

Every year, the markets provide us with lessons on the prudent investment strategy. I’ve so far covered what they taught us in 2018 in lessons one through three and then lessons four through seven. We’ll finish up today with lessons eight through 11.

One of the most persistently asked questions I’ve received since 2009 is some version of the following: “What should I do about the inevitable rampant inflation problem we’re going to face because of the huge fiscal and monetary stimulus that’s been injected into the economy?” While that risk has existed, the fact is, since 2008, we haven’t had a single year in which the CPI exceeded 3%. In fact, 2011 is the only year it exceeded 2.5%.

A related myth persists among many investors as well. I frequently hear concerns about the exploding growth rate of our nation’s money supply. This belief likely has been fueled by certain commercials—the ones that recommend buying gold because central banks are printing money like we’re experiencing Weimar Germany all over again.

The fact is that M2, a broad measure of the money supply, hasn’t been growing at rates that suggest rampant inflation should be expected. For the 10-year period from Dec. 8, 2008 through Dec. 7, 2018, the Federal Reserve Bank of St. Louis reports that the rate of growth in M2 was 5.9%.

Since, as Milton Friedman, one of our greatest economists, noted, “inflation is always and everywhere a monetary phenomenon,” the factual data doesn’t support the view that we should have expected rampant inflation. In fact, despite the fears of many investors who seem certain that we will see massive inflation, neither the bond market nor professional economists are expecting anything of the kind.

Don’t get the wrong idea—the risk that inflation could increase dramatically is still present. It hasn’t happened so far because, even though the monetary base has been increasing rapidly (as the Fed’s balance sheet expanded through its bond-buying program), the velocity of money (as measured by M2) has fallen pretty persistently from about 2.0 at the end of 2007 to about 1.5 at the end of 2018, a drop of approximately 25%.

That said, there remains the risk that if or when the velocity of money begins to rise, inflation could increase. Of course, the Fed is well aware of this risk and would likely act—reverse its bond-buying program and raise interest rates—to prevent inflation from taking off.

Lesson 9: They are called “risk premiums” for a reason.

Many investors have been bemoaning the fact that the value premium—the excess return of value stocks relative to growth stocks—seems to have disappeared, turning negative for the past 10 years in the U.S. (although value has outperformed growth in international markets).

The trouble with this line of thinking, however, is that stock returns are extremely noisy from a statistical perspective. Thus, even a time frame as long as 10 years isn’t long enough to make a definitive statement about any strategy that invests in an asset class or investment factor.

For example, consider the 10-year period from 2000 through 2009, when the S&P 500 Index returned -0.9% a year and underperformed riskless one-month Treasury bills by 3.7 percentage points a year.

Many investors will look at such performance and conclude that investing internationally is a bad idea. After all, 10 years is a long time to them. However, we get an entirely different view if we move back in time and look at the performance of the prior seven years, from 2002 through 2008.

During this period, and again using data from Portfolio Visualizer, the Vanguard 500 Index (VFIAX) lost 1.6%, underperforming the Vanguard Developed Markets Index (VTMGX), which returned 4.0%, by 5.6 percentage points a year, and the Vanguard Emerging Markets Index (VEIEX), which returned 10.9%, by 12.5 percentage points a year. An investor making decisions at the start of 2009 based on the prior seven years of performance would have made a very poor choice.

Unfortunately, far too many investors put too great an emphasis on recent short-term performance when considering investment decisions. The media tends to exacerbate the problem as opposed to helping investors stick to a disciplined strategy.

When evaluating your asset allocation, recent performance should not be a factor in the decision. Smart investors know that all investment strategies that entail risk-taking will have bad years, or even many bad years in a row. That’s the nature of risk. After all, if this weren’t the case, there wouldn’t be any risk. With that knowledge, smart investors know that recency is their enemy, and patience and discipline (accompanied by rebalancing) are their friends.

Lesson 10: The world isn’t flat, and the diversification of risky assets is as important as ever.

The financial crisis of 2008 caused the correlations of all risky assets to rise toward 1. This led many in the financial media to report on the “death of diversification”—because the world is now flat (interconnected); diversification no longer works. This theme has been heard repeatedly since 2008.

The data presents pretty powerful evidence both that the investment world is far from flat and that there are still significant benefits in international diversification.

Lesson 11: The road to riches isn’t paved with dividends.

Despite the fact that traditional financial theory has long held that dividend policy should be irrelevant to stock returns, over the last 10 years, we’ve seen a dramatic increase in investors’ interest in dividend-paying stocks. This heightened attention has been fueled both by hype in the media and the current regime of interest rates, which are still well below historical averages.

The low yields available on safe bonds have led even once-conservative investors to shift their allocations from such fixed-income investments into dividend-paying stocks. This is especially true for those who take an income, or cash flow, approach to investing (as opposed to a total return approach, which I believe is the right one).

How did that strategy work in 2018? According to data from S&P Dow Jones Indices, the 415 dividend-paying stocks within the S&P 500 Index (equal-weighting them) lost 8.1%, underperforming the 92 nondividend payers, which returned -2.4%, an outperformance of 5.7 percentage points.

Even smart people make mistakes. What differentiates them from fools is that they don’t repeat them, expecting different outcomes. 2019 will surely offer you more lessons, many of which will be remedial courses. And the market will provide you with opportunities to make investment mistakes.

You can avoid making errors by knowing your financial history and having a well-thought-out plan. Reading my book “Investment Mistakes Even Smart Investors Make and How to Avoid Them” will help prepare you with the wisdom you need. Finally, consider including in your new year’s resolutions that you will learn from the lessons the market teaches.